One of my sites is also showing up red on SiteAdvisor and I would be greatful if someone could review it again.

I've tried to verify ownership, but am also getting the "HTTP 2xx or 3xx status response code in the header of 404 pages." error message.

I've branched this from the main site-owner-verification thread because you have two separate questions, and this is better dealt with in a thread of its own.

First, the site-verification question : I've asked SiteAdvisor to provide a User Guide to registering a site, but it hasn't appeared and I'm beginning to think it won't come along any time soon. I know you have to put a specially-named empty file in the root directory of the server.  The question has been asked many times, and the closest I've come to a definitive explanation of what to do is contained in this thread. Let me know if any of that helps.

Now, as to your site : SiteAdvisor gives it a Red rating because TrustedSource is marking it as a Malicious Site.

There are problems with your site according to BrowserDefender -

This last report seems to point the finger at the IP address rather than the site itself, but has implications for your email traffic :

Your domain name gives an IP address which is apparently provided by Group NBT plc Shared Hosting in London (or, according to one source, Douglas in the Isle of Man). The Project Honeypot site is currently down for maintenance but Google provides this initial summary of the IP address :

From the comment in MalwareURL either your site or - perhaps more likely - another site hosted on the same server is acting as a SpyEye Drop Zone. You might want to have discussions with your hosting provider. And there are indications of malware activity on the server last December - see

There were other leads to explore, but I think that's enough to be going on with. Let me know how you get on.

Jive (who supply the board system we use here) have fixed the bug that caused images to be lost from the above post. I've re-uploaded the missing screenshots, so it should make better sense now.

i think McAfee fixed this issue .... 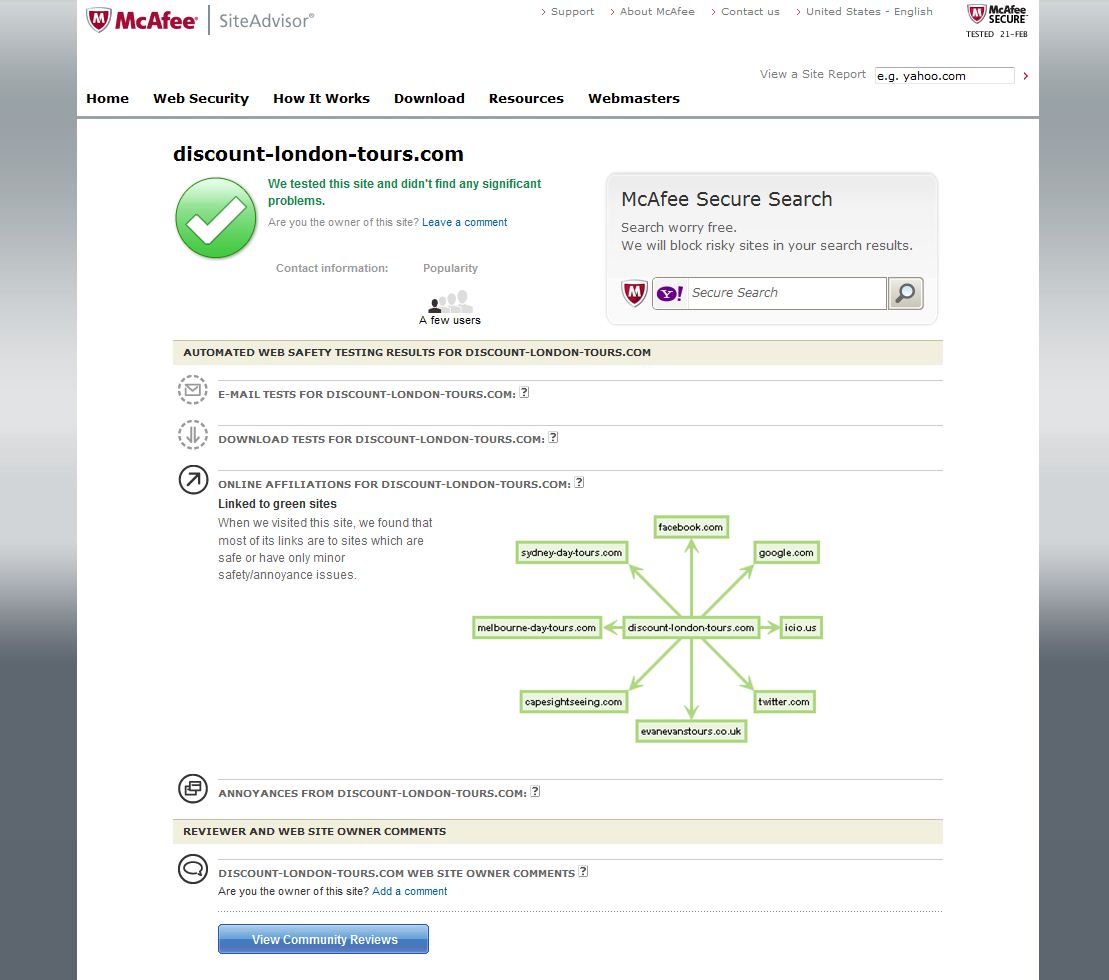 And so it is. Also Green on Trustedsource.

But the problem was always more likely to be with the IP address rather than with the site, and the question of whether the server has been compromised by a malware attack hasn't been answered. If it has, the Red rating could come back at any time.