No, the logs are only readable by support.

If it's any consolation here's my report,  History takes too long to load so gave up: 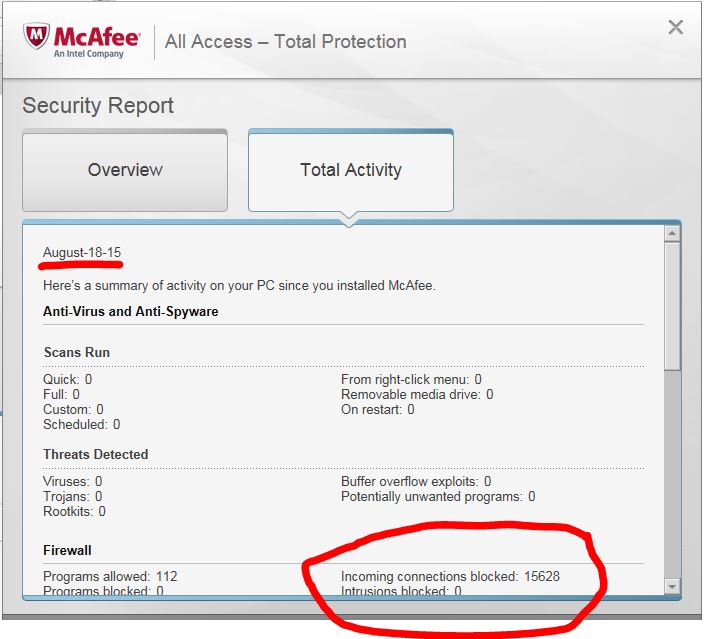 Not sure if this is the same issue or not, but in my case the issue with update appears to occur only when the desktop is locked.  When I unlock there will be a notification that an update is underway, but it won't do anything until I open the application.  Then it'll actually start, find the update if there is one, and perform the update.

I am having a similar problem with scheduled virus scans.  If a scan starts while the desktop is closed, when I unlock the desktop it'll be at 4-5% and paused, and will not continue unless I open LiveSafe.  If I lock the machine again, it'll pause again after a few minutes.

I am wondering if this has anything to do with Windows 8/10 not allowing applications to run in the background.  I have noticed this behavior with other applications, especially Metro application, where if the application isn't active on the screen it suspends.  For example, if I am uploading music to the cloud via xbox music, it will suspend when the window is minimized.

I checked mine out of curiosity after reading the thread. Mine was 9,815 Blocked connections. Just thought I would add that....

There is a problem with the updater "sticking" in the on mode, the fix is being worked on.

It's just a glitch they're working on.  We Mods have no idea the causes, sorry.

Well after 3 hours running I'm up to 2,030. I seriously doubt these are real 'problems/threats'. I also think IF these are not bogus messages into a log but a REAL block it has to cause 'us' problems. TCP/IP will resend a request if there is a timeout. I'm running wired so I don't think a packet sniffer would work, but maybe for wireless it would.

Interesting in that about 3 hours I've only had another 300 or so blocked? That has to mean a majority of them were blocked during the initial boot and loading process?

Since I don't seem to see any problems of lost data I wonder if TCP/IP retries eventually get the required packet? I did notice in the log most happened during boot up, I've got some programs that 'call home' looking for updates as well as e-mail checkers.

What will turn this 'checking' off? Assuming it is in the F/W is it Intrusion Protection (it was OFF this morning and I turned it on, that is not checked?) or Net Guard (on but no data showing?)? Somewhere else?

Reason being I want to turn it off and see if I boot faster (if I can even measure that?)?

Blocked attempts will vary wildly from person to person depending on your ISP and how you connect, your network setup and not to mention firewall settings.

You can turn off some logging in Firewall settings, but beware of meddling with things.  If disaster strikes support wont have much to work with.

Don't care about the logging. Right or wrong, it is what it is. I'm more concerned with the function that is calling the logging that I want to turn off. If that is just trying to log stuff incorrectly I'll not see any change or I will discover problems with the data coming in IF it is bad.

As I said you can alter/turn off various logging aspects in Firewall > Firewall History.  There is no other way to turn off logging and in any case, they don't occupy large amounts of space.

If you are in doubt consult with Technical Support directly.

Back to the ORIGINAL subject. Happened again, PC was asleep.

The minute I open LS it started to continue. Was at 0% when I opened LS.

Nothing found... note the time? Where is that server or where is it getting the time from? =5 GMT here, middle of the Atlantic?

Another data point as well. Was playing a game (full screen) and when I finished I noticed the icon was like above. However this time it was 45% into a scan. When I open LS it DID NOT restart the scan, I had to press RESUME. Seems like it doesn't want to run in the background? Could that be the problem here or is a windows setting I've got wrong?

We don't know, only the developers working on it know what is going on.  All we know is that a fix is on the way.