I would  leave as is. Could you provide us a Screenshot of your McAfee Security Center?

That sounds like you have 15,1 at least can you check as Cd asked 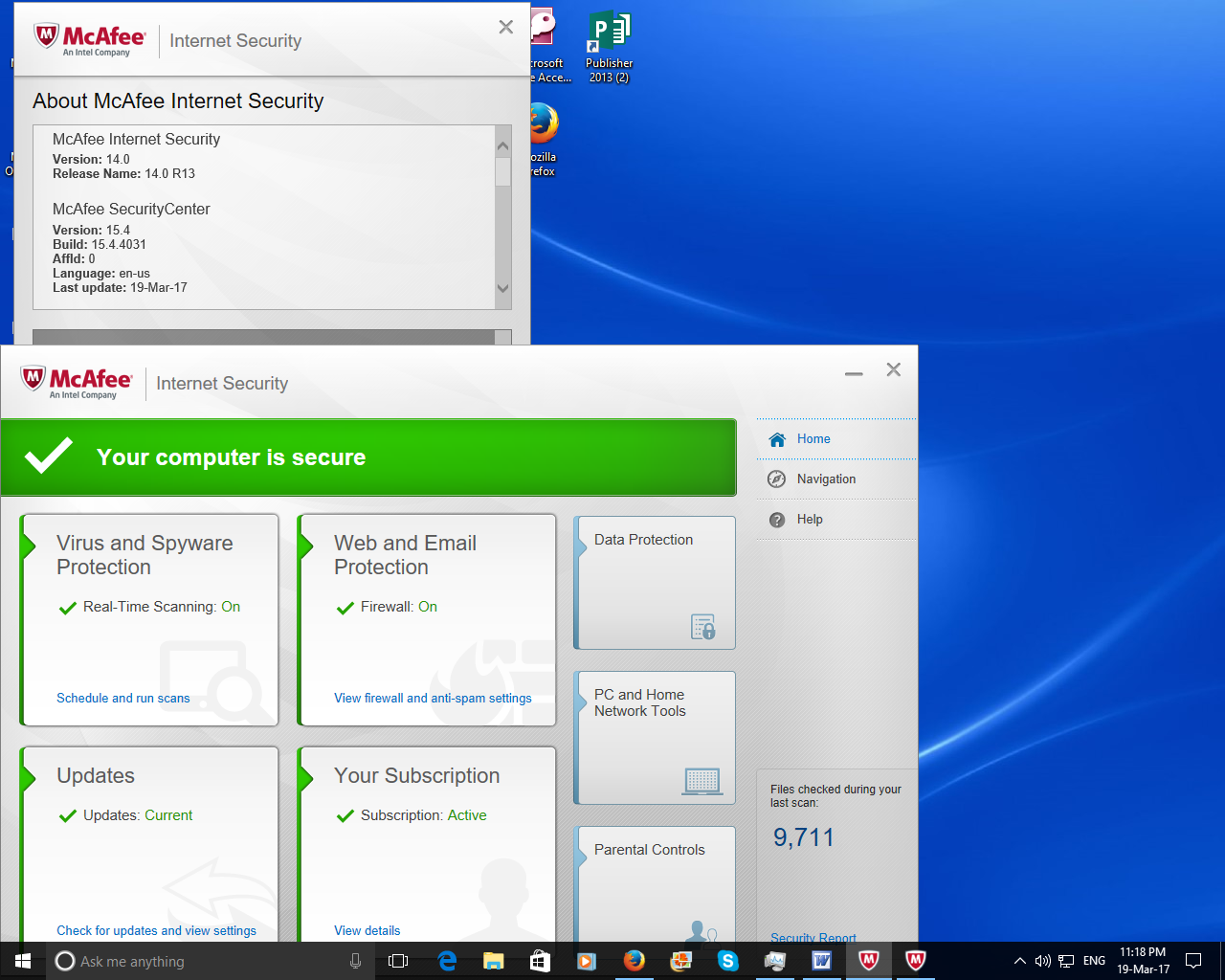 As you requested, here is the screen shot of McAfee Security Centre.

Thank you. You will still be upgraded again, as I thought that was the Version/Build you had.

Just to let you know that I have had various updates from McAfee in the last few weeks with no ill effects. However I have kept Client Analytical Services "Disabled" as it appears to have no effect whatsoever on the running of my PC.

I would tend to think it would be best to have it *enabled* since the issue has been resolved. For it does involve the software doing a health -check of your product. Just my opinion on that. Of course I can ask.

I'd be grateful if you would ask. Thanks.

Oh as I said in my opinion running your software with McClient Analytics enabled would be better, since it will be performing the task it was created to do. Granted you do not have the numerous instances and memory leaks with it *Disabled*.

You would not either by enabling it again.

In other words enable it/restart and leave it be.

You should be just fine.