Does this issue effect WIN7 machines?

Every1 will get the update in due course. With partners such as ISPs and PC manufactures controlling when upgrades/patches are delivered there is usually several versions of the program around at any time.

My Chrome did hang again. At the moment of hang ClientAnalyticsService consumed just 2.4 MBytes of RAM.

> something that causes this big a memory leak

Probably the memory leak is not the major reason of the misbehavior. It is just a side effect of another issue.

> would have seen a code rollback

I believe the event of interest was the MS Windows update, which triggered the issue on some computers. So it doesn't make sense to perform McAfee code rollback.

Hello. Today February the 4th, I am starting having the same problem. I have two computes, with the same McAfee version: Total Protection 14.0 R12 dated on January 31st 2017 as per this details: 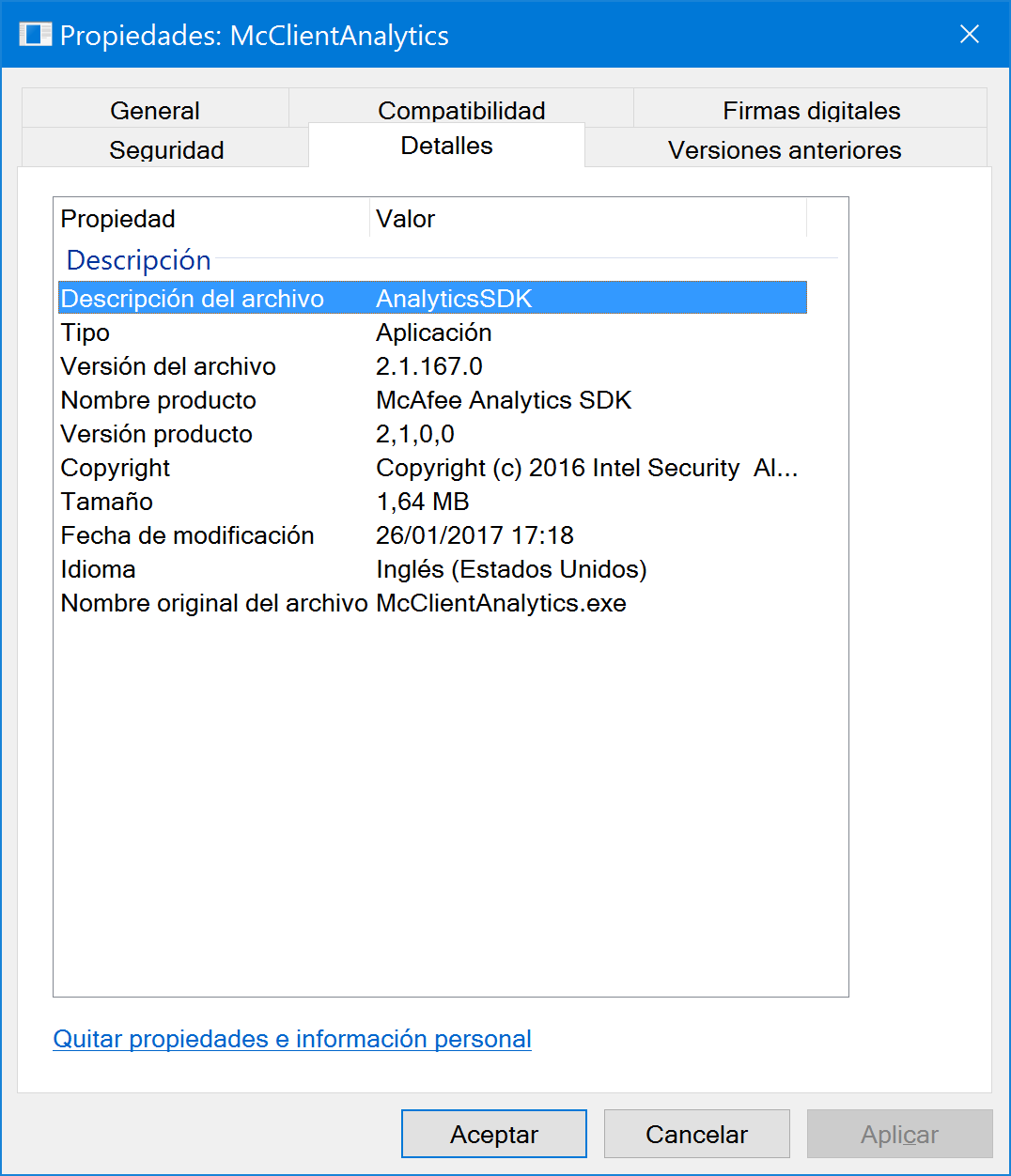 I have no Internet connection at all, any explorer and the system itself. I can not run mvt. Anything related to McAfee software goes far too slow, the rest of the software works fine, despite that process is making a high use of CPU. There is no way to open the console, unistall....

I need help to move on, considering that I do not have Internet connection in that computer, as there is on way I can work. I can send a dmp file of the process I have just created.

see my post #197 to someone else having this problem which I've seen on 2 different machines.   McAfee has not acknowledged what's going on with this and if it's a side affect of this problem or yet another.  But apparently it's hitting more and more users as well.

Just like you, my pc was locked out of everything on the internet side of the firewall (could get to local machines) and it didn't appear that anything getting to mcafee screens would work.  They actually did, only you had to sometimes wait sometimes more than 10 minutes to get any response or for the dialogues to come up.   If you can get to the configure firewall screen and disable it, that might get you in a state online.  I found when I did get that, when I rebooted, I ended up blocked again.

My only solution was to uninstall mcafee, and reinstall a newly downloaded version.   The uninstall itself will take a LONG time and you'll again think it's hung.   After it uninstalls or as much as it will, use the cleanup tool (I referenced another post about it).

Good luck.  I wish the moderators would find out more about this problem as well....  If there was a solution not involving uninstall, would be nice to know....

Thus from what you said:

If so, why doesn't Mcafee halt all future 14.0 R12 updates and replace them with ones that have the "fix" included? 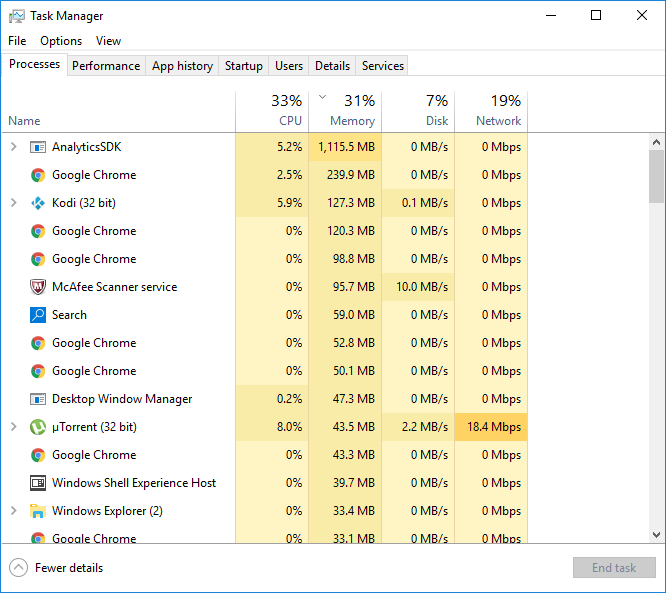 PLEASE FIX THIS AS SOON AS POSSIBLE. THIS IS UNACCEPTABLE!!

Thanks for the info teapot - I'll look at your earlier referenced posts.  Looks like an uninstall is in the works -just not sure there will be a reinstall.

i have been having the exact same issue you described for the last four days, numerous times a day regardless of the number of Chrome dabs open or usage.

one thing I have noticed is if I have Steam open before the lockup, Steam continues to function.

Probably bad form replying to my own post, but...

Uninstall, cleanup, and fresh reinstall took less then 50 minutes; rebooted before starting and after each step...